I’m trying to run Gauge specs on Docker and followed this tutorial in Gauge documentation.

There’s no “ADD” or “COPY” in the DockerFile in tutorial. Which doesn’t make sense to me.

Anyway, with no “ADD”/”COPY” in the DockerFile”, when I tried to run the specs I got “Failed to find project directory“.

This is my project structure: 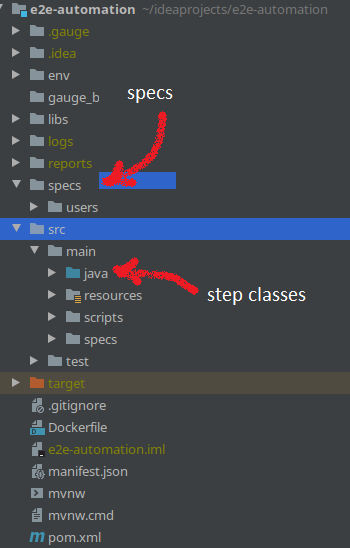 And this is how I tried to run the specs

I added env, src and specs to the image and played with the run command but still no success: